Before we get to the fiber, let’s engage in a sort of thought experiment. Let’s assume that way back in the early days of medicine doctors always wanted to see us cough up mucus from our lungs. Since mucus is a kind of breeding ground for all kinds of nasty bacteria, it would make sense in the olden, pre-antibiotic days to want patients to hack up as much of this stuff as possible to get it out of the body where the bacteria could no longer wreak their havoc. 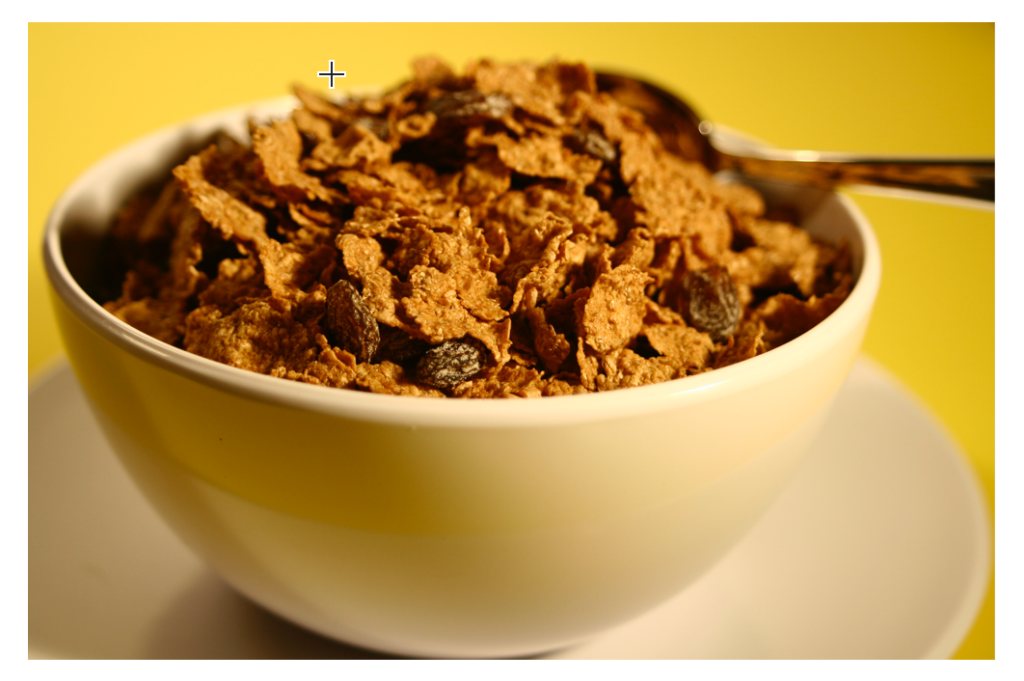 Let’s assume that doctors of old–who didn’t realize that the excess mucus was the body’s way of ridding itself of something foreign, i.e., the bacteria or viruses causing the infection–started equating coughing up ‘healthy’ amounts of mucus with good health. It’s not too far a leap to imagine these doctors supposing that if they could get their patients to cough up stuff all the time, the respiratory system would stay clear of the mucus that harbors all the pathogens that cause lung problems. Druggists might come up with concoctions that would cause people to cough, even if they didn’t need to.

Now let’s imagine that the idea that coughing up large amounts of mucus-laden sputum reaches the point of a national obsession. People, especially the elderly for whom respiratory infections are much more dangerous, discuss with one another how much sputum they produce and how often. If they don’t cough as much or as productively as they perceive those around them are doing, they go to their doctors who prescribe a sputum inducing medicine for them. People everywhere are obsessed with keeping their respiratory systems clean.

Now, someone comes along and says, Hey, world, I’ve got the perfect product to keep everyone coughing productively. Use my product and before you know it you’ll be coughing your head off and ridding your lungs of all kinds of nasty junk. Here, try one of these. It’s called a cigarette.

In today’s modern world we all know what cigarettes do. The irritation of the smoke damages the lining of the tubes that carry air into and out of the lungs. As the damage continues, goblet cells (so called because they resemble little goblets), the cells that produce mucus, increase in size and number, producing more mucus to coat and protect the cells lining the airways. As the smoking continues, so does the damage, and so does the double duty of the goblet cells. Ultimately, in far too many people, the production of the protective mucus from the goblet cells isn’t able to keep up with the damaging effects of the smoke and cell injury occurs. As these cells are damaged, they cease to function properly, and ultimately die. They are then replaced by new cells, which themselves go through the same cycle. Somewhere along the way one of these cells, due to the damaging effects from the smoke, undergoes a malignant transformation and starts to reproduce itself. When this happens lung cancer is born.

We know what happens to the lungs with smoking. We know that all the coughing and mucus production isn’t a good thing–it isn’t protecting us from disease; it is the result of disease. But if we lived in a society that worshipped bringing up mucus every day, how long would it take us to figure out that smoking wasn’t particularly good for us?

Into this society of mucus lovers a researcher comes along and writes a paper showing how cigarettes cause an increase in mucus. He talks to the press and tells them about his research, saying, ‘I’ve now figured out how these wonderful cigarettes work to improve our mucus production. They damage the cells, which then make and release more mucus to protect themselves. It’s really wonderful how the body responds thusly. Now that we know how it all works, let’s go out and smoke even more.’

Preposterous, you’re probably thinking. Only if you live in a society that doesn’t worship regular mucus production.

We live in a society that worships regular bowel movements. Doctors for the last few hundred years have focused much of their effort in ensuring the regularity of their patients. Many people, the elderly especially, are obsessed with moving their bowels daily. Most people, if asked, would probably reckon that it’s not good to have fecal matter just sitting around in the colon. Get it out of there, they would say. It can’t be healthy. Just as it escaped the notice of our doctors in the scenario I imagined above that animals in the wild don’t bring up copious amounts of mucus daily, it has escaped the notice of doctors today that animals in the wild, especially carnivorous animals, don’t always have daily bowel movements, and that when they do, such BMs aren’t always huge and loose.

Into our bowel-regularity-worshipping society there has come a substance that ensures regularity. It’s called fiber. It is sold everywhere in diverse forms.

All manner of ‘experts’ from our doctors to our grandparents encourage us to consume plenty of fiber. If we can’t get enough from the foods we eat to achieve regularity, we are encouraged to buy supplements. Everyone is on the regularity bandwagon and, by extension, the fiber bandwagon. The much despised Jane Brody has written countless times on the virtues of fiber, WebMD encourages us to get our share, even C. Everett Coop exhorts us to keep the fiber coming. And, despite numerous studies showing that fiber doesn’t really do squat for us health-wise, everyone continues to recommend it.

Into this society of bowel movement lovers a researcher comes along and writes a paper showing how fiber causes an increase in regularity. Our intrepid researcher’s name is Dr. Paul L. McNeil; he is a cell biologist at the Medical College of Georgia. I’ll let him tell how it all works.

When you eat high-fiber foods, they bang up against the cells lining the gastrointestinal tract, rupturing their outer covering. What we are saying is this banging and tearing increases the level of lubricating mucus. It’s a good thing.

It’s a bit of a paradox, but what we are saying is an injury at the cell level can promote health of the GI tract as a whole.

He goes on to explain that even though epithelial cells usually live less than a week, they are regularly bombarded, in most of us at least three times a day, as food passes by.

These cells are a biological boundary that separates the inside world, if you will, from this nasty outside world. On the cellular scale, roughage, such as grains and fibers that can’t be completely digested, are a mechanical challenge for these cells.

But in what he and colleague Dr. Katsuya Miyake view as an adaptive response, most of these cells rapidly repair damage and, in the process, excrete even more mucus, which provides a bit of cell protection as it eases food down the GI tract.

As reported in ScienceDaily

In research published in 2003 in Proceedings of the National Academy of Sciences, Dr. McNeil showed proof of his then decade-old hypothesis that cells with internal membranes use those membranes to repair potentially lethal outer-membrane injuries. A recent paper published in Nature in collaboration with Dr. Kevin Campbell’s laboratory at the University of Iowa showed how human disease, including certain forms of muscular dystrophy, can result from a failure of this mechanism.

An outer membrane tear is like an open door through which calcium just outside the cell rushes in. Too much calcium is lethal but that first taste signals the vulnerable cell it better do something quick. With epithelial cells, several of the internal mucus-filled compartments fuse together within about three seconds, forming a patch to fix the tear. In the process the compartments expel their contents so, almost like a bonus, extra mucus becomes available to lubricate the GI tract.

And a final telling paragraph.

The scientists aren’t certain how many times cells can take a hit, but they suspect turnover is so high because of the constant injury. Potentially caustic substances, such as alcohol and aspirin, can produce so much damage that natural recovery mechanisms can’t keep up. But they doubt a roughage overdose is possible.

So, we have a situation where a product causes damage to the cells lining a tube, causing them to produce a lot of mucus in an attempt to protect themselves. In the process many of these cells die and are replaced by new cells. And this is perceived as a good thing.

My question is: is it really a good thing?