One of the most common questions MD and I get via email and snail mail and now through the comment sections of our blogs is about failing to lose weight while following low-carb diets. Here is an excerpt from an email that we got a few days ago:

I’m a 47 year old woman, and I’ve been overweight for the past 20 years or so. I was normal sized most of my life, but after I had my third baby at age 27, I started gaining and haven’t really been able to lose much weight. At least not until I started a low-carb diet about 6 months ago. When I started your Protein Power diet I lost almost 16 pounds the first month. I continued to lose for the next 4 months, but not at the rate I did in the first month. Over the last month, though, I haven’t lost any weight at all. I’m really dedicated to this WOL, and I religiously keep my carbs below 30 grams a day. I’ll admit that I occasionally (maybe once every 10 days) have something I shouldn’t have, a small bowl of ice cream maybe, but the next day I buckle down and cut my carbs to below 15 grams to make up for it. This falling off the wagon doesn’t seem to make me gain any weight especially since I cut my carbs the next day, but I just can’t seem to lose any more. I’m still about 20 pounds from my goal. Any suggestions? 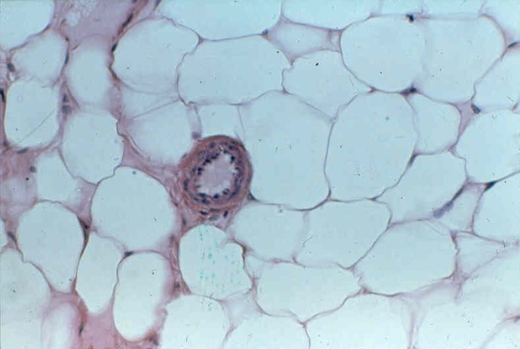 We get a lot of letters like this one from people who did well early on with their low-carb diets, but have run into a brick wall. Or, I guess, a brick plateau. What’s going on with these people? Are they lying through their teeth and in reality going face down in the carbs? Or is it something else? How can people diligently keep their carbs below 20 or 30 grams per day and fail to lose weight?

Let’s look at what happens when we cut carbohydrates in the diet. First, we don’t get enough carbs to replenish our blood sugar, so the body has to convert protein to glucose to make up the difference. The signal to do this comes from a rising level of glucagon, a hormone made in and released by the pancreas. In order for glucagon to do its job, the level of insulin in the blood has to go down, which it does. A low level of insulin and a high level of glucagon send a signal to the fat cells telling them to release their fat. You can think of it as opening the doors to the fat cells so that fat can easily get out. The body burns this fat for energy. As the body burns more, the fat cells release more. When the fat cells dump their fat, they become smaller. When your fat cells or adipose tissue becomes smaller, you become smaller. And you lose weight. Which is how it’s supposed to work.

But there is a little glitch in all of this.

It has been shown countless times that when people go on low-carb diets they spontaneously reduce their caloric intake. Most foods available on low-carbohydrate diets are satiating and those following these diets get full quickly. They just don’t eat that many calories. In most studies of low-carb diets people drop their caloric intake down to the 1500-1700 kcal range and are quite satisfied. At that level of caloric intake, they need a fair amount of their own body fat to make up the difference between their dietary intake and the 2400-2600 kcal (or more) that they burn every day. As they consume this body fat, they lose weight.

Once people settle in to low-carb diets, a couple of things happen. First, they lose some weight, which reduces their energy expenditure. A smaller body doesn’t burn as many calories as a larger body, so the gap between what they consume and what they need gets smaller. And as it does, their weight loss slows down a little. Second, they start fiddling with the diet. At first, the luxury of eating steak, bacon, whole eggs, real butter and all the rest of the high-fat foods that go along with low-carbing is enough to keep most people satisfied…for a while. They eat until they’re full, then they quit. And they don’t consume all that many calories.

But then a different aspect of eating kicks in: eating for fun instead of simply for nourishment. People eat for two reasons. They eat because they have to in order to provide the energy and the nutrients required for life. This basic level of eating is driven by hunger. And people eat because it is an enjoyable endeavor, a hedonistic endeavor even. If people only ate when they were hungry and quit when they were no longer hungry, there wouldn’t be much of an obesity epidemic. Problem is people confuse the hedonistic urge to eat with hunger. People want a food because it appeals to them hedonistically, and they read this urge to eat as hunger, which it usually isn’t.

After folks have been low-carbing for a while, they typically start to range out a little, looking for new and different foods that they can make a part of their low-carb diet. The foods they find that fit the bill are either low in everything – celery, zucchini, asparagus, cucumbers, all kinds of green leafys, and certain fruits – or are high in fat (and calories) and low in carbohydrate. The latter include cheese, nuts, nut butters and all kinds of processed low-carb junk foods. The former don’t contain many calories, but also don’t provide much hedonistic bang for the buck, so are typically consumed fairly sparingly.

Dr. John Yudkin once did a survey asking overweight women what foods appealed to them the most, what tempted them the most to overeat. The results are not surprising and are listed below in descending order.

Remember, these were the foods that most tempted overweight women to overeat. I suspect that if overweight men had been surveyed the list would have been much the same. In any case, most of these foods are high in carbs and high in fat, the taste combo that most everyone loves. These are the foods that trip our hedonistic triggers.

Note on this list the one food that is often a big part of many low-carb diets: cheese. There is something that drives the hedonist in us to eat cheese just like it drives us to eat the other high-carb foods in this list. Cheese tempted the overweight women in the survey to overeat and it tempts many low carbers as well, especially since it contains few carbs. Unfortunately, it doesn’t contain few calories.

I pulled a few cheeses from the USDA database of foods just for grins. Gouda cheese, a type many people like to nosh on, contains only 0.63 grams of carbohydrate per ounce. So, if you wanted to eat some Gouda cheese and stick to your low-carb diet, you could eat 3 ounces of it and get a little short of 2 grams of carbs. What a bargain? Problem is that along with your 2 grams of carbs you would get a extra 300 plus kcal! So if you’re eating a good low-carb diet that spontaneously drops your caloric intake to the 1700 kcal range then add just a paltry three ounces of Gouda cheese – and it ain’t hard to add three ounces, let me tell you – you’ve bumped your calorie count up to over 2000 kcal right there.

How about cheddar cheese, another common snack? Six one ounce slices of cheddar cheese contains a mere 2.15 grams of carbs, which is only a tiny blip on your carb radar. But these slices also provide you with 677 kcal, about a quarter of your entire day’s calorie requirement. And it’s really not that difficult to eat six ounces of cheese throughout the day, a little here and a little there.

Swiss cheese? Swiss is a little richer in carbs. Three one ounce slices gives you about 4.5 grams of carbs along with 319 kcals.

Although Dr. Yudkin’s subjects didn’t report being tempted by nuts, I can tell you from years of experience with thousands of low-carbing patients, that many people are tempted by nuts. Along with cheese, nuts are the other snack that low-carbers love. And nuts, like cheese, give you a lot of calories.

A couple of ounces of dry roasted almonds after subtracting the fiber contain a little over 4 grams of effective carbohydrate. And 338 kcal. An ounce of almonds is made up of about 22 nuts, which isn’t a lot. If you throw them back as I do by the handful, two ounces can go down quickly. Or three ounces. Or four.

Dry roasted pecans are even more calorically dense. A couple of ounces of those costs you only about 2 grams of carbs but almost 402 kcal.

Just a couple of ounces of plain old mixed nuts will set you back only 7 grams of carbs but give you an extra 350 kcal you’ll have to deal with. If you sit and watch a movie and eat a six ounce can of these, you’ll be throwing back 1050 kcal.

Peanut butter, another common low-carb snack, contains around 4 grams of carb per two tablespoons along with 188 kcal.

If you are working hard to keep your carbs at or below 50 grams per day, your insulin levels will be low and your glucagon high. The doors of your fat cells will be open and fat can easily come out to be burned. But if you’re throwing back a few ounces of cheese or nuts (or both) here and there, you’re going to be providing your body with enough fat to meet all its energy needs with some left over. And your weight loss will come to a screeching halt.

The low-carb diet is a wonderful, healthful way to lose weight quickly, but you do have to watch your calories as well to a certain extent. If you’re plugging along losing away, keep doing what you’re doing. But if you quit losing, take a look at your cheese and/or nut consumption. Cut those out, and I’ll just about guarantee that your weight loss will pick up again.